In 2004, after 23 years of dairy farming, we sold our cows and began the next phase of our lives together opening a Bed & Breakfast.   Now in our seventh year, we are still enjoying every minute. We consider ourselves so lucky to live and work in such a beautiful place, and to have our children and grandchildren close by.

The opportunity to meet people from all over the world has been incredible, easily the best part of owning a B&B. We look forward to the next year with all the new faces it will bring to our door, and also those who will return to the farm again.

Thirty-year-old John Sonnen built this solid brick structure in 1890.   Almost surely this sturdy building with its accompanying working “icehouse” was intended to be a saloon from the very first.  For etched in the windows above the double front doors were–and are–the words “DONT PASS US BUY.”  John died in 1903 and we speculate that his widow ran the business for a while.  That is not certain.   We do know that his only son Henry “Slim” Sonnen, returning from WWI, did operate a saloon on the first floor.  Slim was quite the colorful character for the little German community of Westphalia, owning a monkey, shooting fireworks off the second-story wooden porch, and lighting his cigars with $5 bills.

Joe Luebbert bought the building in 1931, continuing to run the saloon on the first floor and making the second floor his family residence, in keeping with the German tradition of living above one’s business.  Joe ran “Joe’s” for one month shy of 40 years, turning it over time into an institution.  Joe’s patrons ranged from unchaperoned preschoolers buying ice cream cones to local gents playing pinochle late into the night to high schoolers crowding into booths for cherry cokes and jukebox music.   Cardinal great Stan Musial shot pool in Joe’s with his friends.  “Joe’s” was open 7 days (and nights) a week and it was Joe who was usually behind the bar, serving up cold beer, unlocking the liquor room for a half-pint, queuing up the billiard balls.

In 1975, 4 years after Joe’s retirement, the building went up for sale.  Trudy Hilkemeyer Conine returned to her hometown of Westphalia with her husband Cliff and turned the whole building into their residence.  Trudy’s B & B, with a fresh look given it by Innkeeper Melissa Karst, has much the same feel as it had when Trudy put her decorating stamp on it.  Trudy was the one who converted the wide upstairs hall into a usable dining room, who hung all the kitchen utensils on the wall, and who “papered” the rooms with wine and whiskey labels.  And she turned the saloon into a family dormitory/gathering place 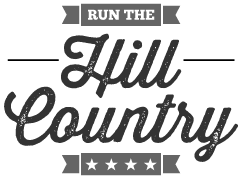